Back in November I came across Jodel because the app was shown to me by another student – of course on an iPhone. As I was working on different projects at that time, I kept the thing in mind and found some weeks later finally some time to start developing Windows app, which is not available from official site yet – of course.

But at least on the unofficial site this changes now as the development is done and the Store QA passed. Wodel (the W stands for Windows 😉 ) is my first real Universal Windows App, which works on PC, tablet and mobile, if you have Windows 10 already on your device. Beside the Jodel features, including reading of entries, collecting karma with up- and downvotes and the option to reply to entries Wodel supports synchronizing your data between multiple Windows 10 devices. This means you will find your Jodels, your votes and your karma on each of your Windows 10 devices, if you are logged in with the same Microsoft account everywhere. 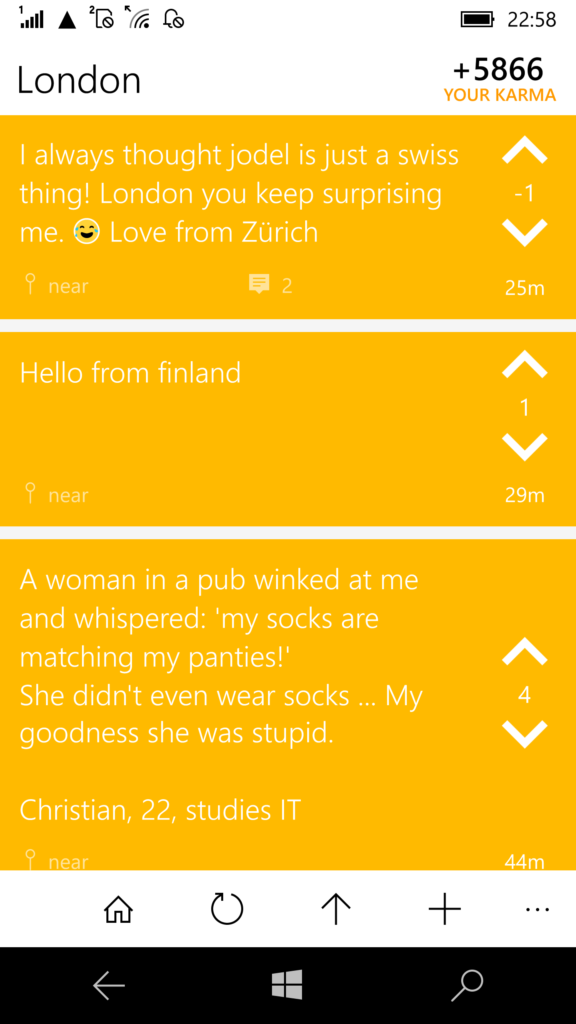 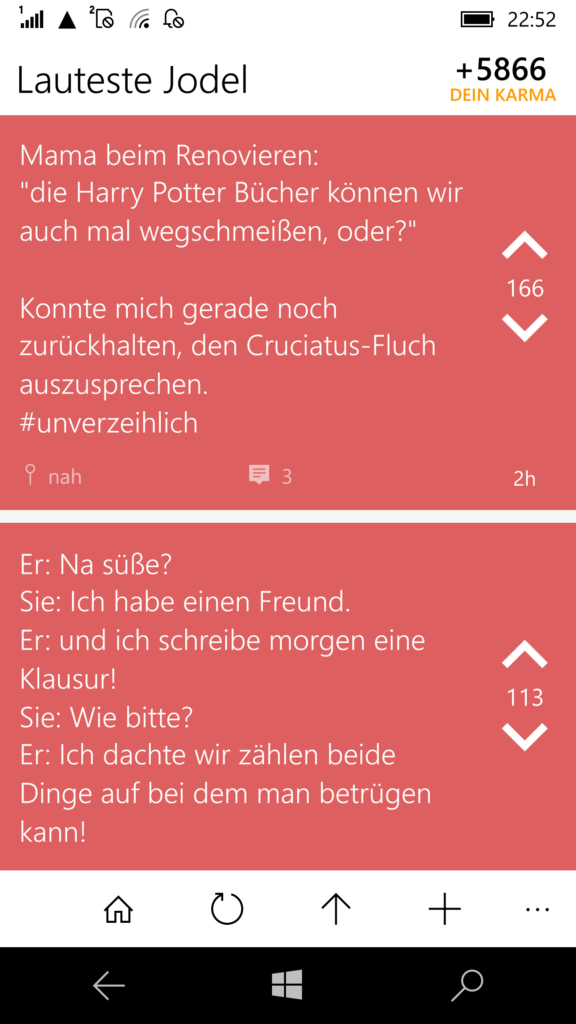 Comparing to the official app Wodel has just one limitation and this is the missing option to upload images. The reason for that is the fact, that the caption you can add to an image is done with a font, which is not freely available. And using another font would look really strange.

If you are wondering about the icon: Because I cannot and does not want to use the official icon and the raccoon in the official app does not make any sense for me related to content or name of the app anyway, I was primary looking for an icon containing an alphorn blower (because of the word Jodel). Going through different English translations for this word I came across the ice cream icon very random, but the ice cream looks so tasty, that I decided to use this one for the app 😀

Wodel is an unofficial app, but not like one of these Snapchat clones available in the Windows Store, that are getting removed after some time or where your account can be blocked. The developers of Jodel know about the existence of the app, but were not interested in an official Windows version, maybe this will change with your feedback in form of downloads and reviews 😉

And Wodel is free to use, there are no In-App-Purchases and no advertisements or things like that. But if you like the app and want to support me, you could think about a donation for the next (sooooo expensive) drink or meal I will take here in London 😀

Because I’ve been asked this more often already, I want to mention it “officially” here: Yes, PitlaneOne will get a 2016 update, this is the next thing I will work on. And this will be a Universal Windows App, too, but I am not sure yet, if the Windows Phone 8.1 version will get an update as well (really: I do not want to).

If you survived all the reading the best thing is coming at the end… 😀 To download Wodel go here, or find more infos at this point. If any news site would like to have screenshots as one set in one language, feel free to write me a mail 🙂 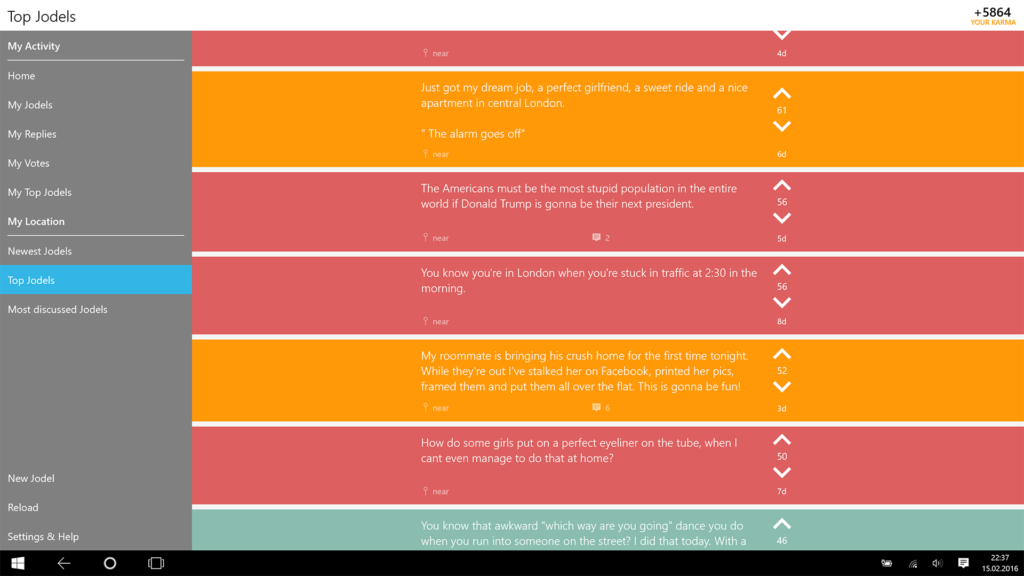